An evening with John Clegg 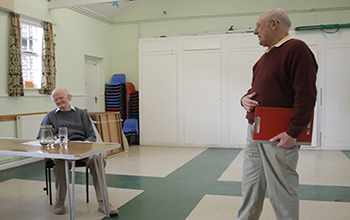 Chichester Film & Video Makers were honoured by a visit from actor John Clegg. You may know him as his role as Gunner ‘Padoruski’ Graham in IT AIN’T HALF HOT MUM and he appeared in 56 episodes from 1974-1981.

John spent the first part of the evening telling us some amazing stories and talking about various acting techniques. It was really interesting to hear how an actor prepares and how they overcome obstacles. John spoke about his late wife Mavis Pugh and how she handled certain circumstances, the CFVM Actors and Directors in the room were given a wealth of new ideas. 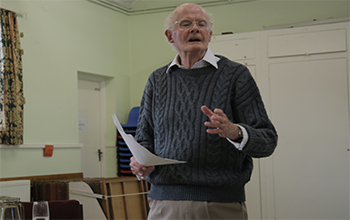 After a short tea break John opened with a master class in acting, he suddenly transformed into character reciting what seemed like an encyclopedia of lines. I have no idea how he did this but the performance was flawless. After a huge round of applause John opened the floor to questions and it is fair to say they came thick and fast. 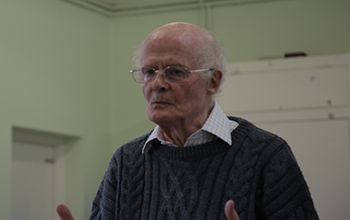 The master at work

CFVM would like to thank John for a fantastic evening of entertainment and knowledge and we hope he will come back and visit us again in the near future.