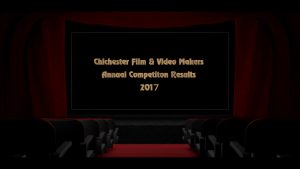 Following our traditional supper, the show was presented by Chairman Mike morris with the help of a selection of CFVM Members and our Club President.

WINNER "A Cruise Around The Islands" by Mike Morris

WINNER  "Hill 62 and Beyond" Ren Curtis

Our 'Annual' was judged by three members from another film club and we thank them very much for their time and fair judgement.

WINNER Richard Plowman for "The Potato"

WINNER Ray Puleston for "Fancy That"

WINNER Ray Puleston for "Fancy That"