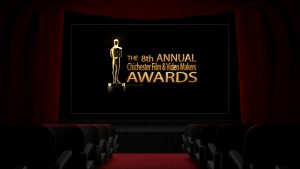 Following our traditional supper, the show was presented by Chairman Mike morris with the help of a selection of CFVM Members and our Club President Rodney Reeder.

WINNER  "Out of this world"  Clive Hands

Our 'Annual' was judged by three members from another film club and we thank them very much for their time and fair judgement.

WINNER Clive Hand for "Wet and Wild at Arundel"