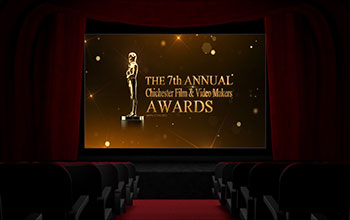 Wednesday evening 27th May 2015 was 'OSCAR EVENING' at CFVM. Following our traditional supper, the show was presented by Chairman Mike morris with the help of a selection of CFVM Members and our Club President Rodney Reeder.

Our 'Annual' was judged in the early part of May 2015 by three members of Southdown film makers and we thank them very much for their time and fair judgement.

WINNER Kevin Pritchard & James Keller for their film "The Ball"